This is My Story: Lori 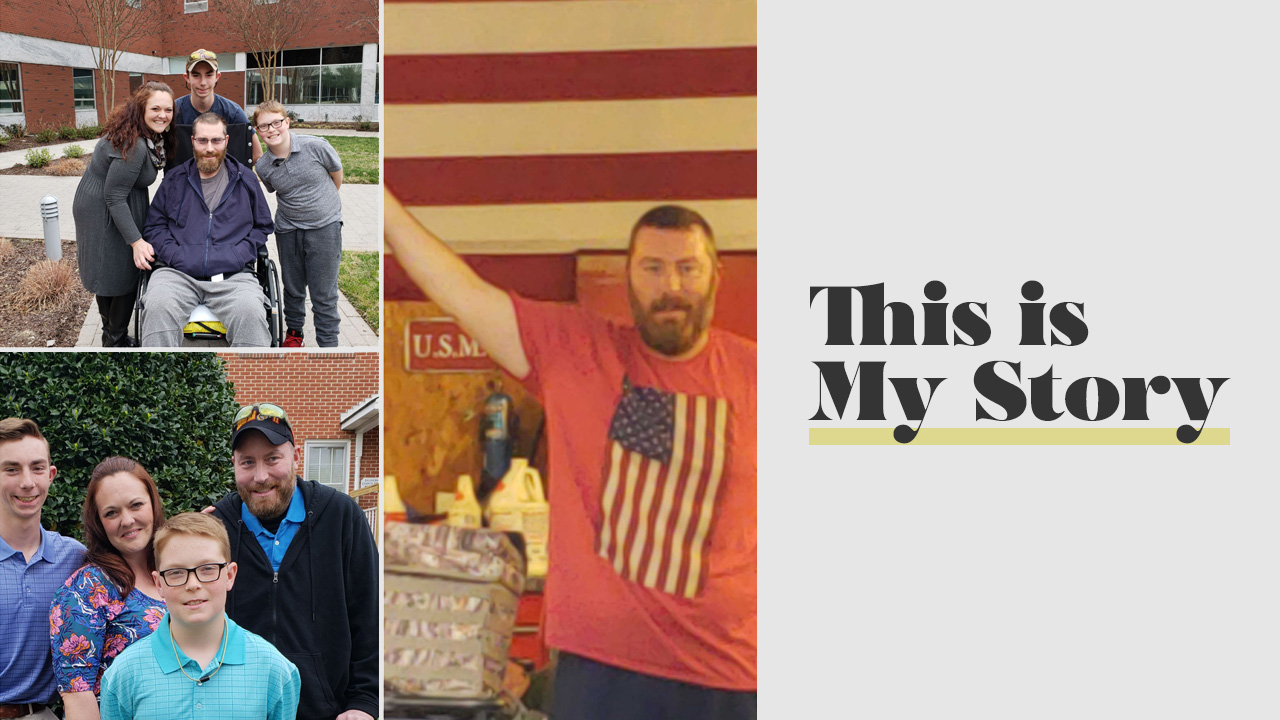 Blessings in the “Tide”

Ha Ha, see what I did there?! For those of you that know us, you know we are huge Alabama football fans! But that is just a small piece of what I want to share. The tide ebbs and flows just like the trials in our lives. When it is low tide, a ship may need to be repaired, loaded, or prepared. During high tide, that is when it is sent on its mission.

Just as said in my testimony to the church in December, jokes help calm nerves. Even though I am not speaking this, writing gets the nerves up too. I am going to highlight most of my original testimony and add a little more. Cause you know … our testimonies should never end. In December my focus was JOY and how our lives could never exemplify the meaning of JOY.

While on a hunting trip on December 14, 2018, my 40-year-old husband, Josh, suffered a massive bilateral stroke in which our 15-year-old son guided him to the floor of a hotel bathroom and then went for help. After paramedics arrived, he was taken to a remote hospital. They did not have the capabilities to help him and had to transfer him to the closest large hospital. The following day, my dad, 10-year-old son and myself traveled an hour and a half to Greenville, NC to meet him. We were told that he needed surgery to remove part of his skull to keep him alive and prevent further damage.

He made it through surgery, but he had to remain in an induced coma for five to fourteen days while his brain swelled. At that time, we were told that this was a marathon, not a sprint. This phrase was repeated over and over and became something we all referred to. Soon, Josh’s dad had shingles, my dad had some sort of cold virus, and Josh was diagnosed with pneumonia. And even though we celebrated Christmas while living in a hotel, we had many calls, visits, gifts, and prayers from friends and family.

On day fourteen, Josh was finally ready to wean off the coma meds but started neuro-storming. Soon after he opened his eyes, which immediately made me feel better, I was told, “He is looking through you, not at you.”

A few days later it was time for me to decide whether to stay with Josh or go home with our kids. I chose to stay with Josh and the kids went home with my dad. This decision was even more difficult because Ethan had been sick and didn’t want to leave without me, but school was starting back soon.

About a week after, Josh was doing well and moved to a step-down unit. However, I had fallen sick and was trying to rest and limit my time at the hospital. During this period, we had to move to a new hotel because the one where we were staying was now full. When we returned to the hospital to see Josh, the therapists were there and he was able to take his first assisted steps.

On January 26, 2019, Josh was able to move to rehab in Raleigh. He was still on a feeding tube that needed to come out soon although some physicians were pushing for a permanent one. His therapist asked for a weekend, and he was then able to pass the test and swallow the “mush” that was now keeping him fed. Almost a week after Valentine’s day, Josh started not feeling well, and it was discovered that there was a spinal fluid leak and he needed to return to Greenville for another surgery.

When we returned to Greenville, Josh needed a repair to seal the spinal leak, and the piece of skull removed in December needed to be put back in two days. On the day of the scheduled surgery, it was discovered that Josh had not been taken off his blood thinners and we would have to wait until the following week.

Towards the end of our wait for the surgery to be over, a family received notice that they had lost their loved one. This heightened our worries even more. After another hour (of the six-hour surgery) we were notified that the surgery had gone well and we could see him soon. When we saw him, he was making jokes and happy ... until they said he would have to wait two weeks in  ICU for the drain to come out and he could go back to rehab.

All went as planned and by mid- March he was moved back to Raleigh for rehab, although this stay had him upset because he was ready to be home. Once he figured out the phone, he was calling upset and wanting me there constantly, even though I had to work and be home for the kids. A week or so later, my dad and I started training on how to care for him when he returned home. At this point, we had received notice that his job and insurance would be terminated on the day that he was scheduled to be released.

On April 10, 2019, Josh returned home and started outpatient rehab, and we began paying for cobra. After spending my days and nights making sure he was eating right, taking his meds, and getting a shower all without falling, he was finally able to be alone, drive, and regain some independence.

In the moments where I said, “I can’t do this anymore,” I was quickly reminded that I wasn’t alone. God had been reminding me every step of the way that he was with me. “… the Joy of the Lord is my strength.” (Nehemiah 8:10)

His strength is what carried me through it all and the happiness that I couldn’t feel isn’t even true joy! I found a definition by Rick Warren that says - Joy is the settled assurance that God is in control of all of the details of my life, the quiet confidence that ultimately everything is going to be alright, and the determined choice to praise God in every situation.

I have been able to experience true JOY and now have the peace that goes beyond all understanding. “Count it all joy, my brothers when you meet trials of various kinds for you know the testing of your faith produces steadfastness.” (James 1:2-3)

Let me say, steadfastness isn’t easy, and finding joy in the immediate situation doesn’t always happen. But, I am here to tell you it will happen. The ebb and flow of life isn’t easy, but it is life!!

Since speaking in December, we have experienced even more blessings than I ever thought possible. The support and prayers haven’t stopped. Josh hasn’t been able to return to work, but I was basically handed a part-time job in January that I enjoy. And when we could no longer afford Cobra, the VA picked up Josh’s care and I was able to find affordable care for myself and the kids. Just like many of you, my job was affected by Covid -19, but we received our tax return and the stimulus just in time. Just this past week we had an appointment that didn’t turn out as we hoped, but I believe that something good can come from it.

I don't say all of this to say that I didn't have moments of doubt - I did. But, I do know deep down that God has big plans for this family and our story. While we all wait to return to “normal”, use this season to repair and prepare for the mission ahead. While this past year and almost a half has ebbed and flowed much like the tide, I believe that there is a river that runs constantly ... God. And His love for me is constant. As I paused after writing and then typing, I took a walk to the mailbox. God’s humor and love in full effect. There was a card from a special someone who sent a message and a check for the exact amount of a bill I was dreading to have to pay. His blessings are new every morning!

Choose Joy and find blessings in the “Tide”.

Share Your Story:  We love the lyrics of "Blessed Assurance": "This is my story. This is my song. Praising my Savior all the day long." Stories and testimonies like the one above lead us to worship. We know God is at work and would love to highlight your story in an upcoming post. Share your story here.